Its been a week now that I’ve the Tablet PC. This one comes straight from MED group. I will be using this one for the Mumbai MED User Group meets. So if anyone is intersted in trying out the Tablet PC, kindly send an email to me at hardiks[at]msn[dot]com.

I would also be doing a series of sessions on Tablet PC Overview at Mumbai, Pune and Gujrat. The first one in this series is happening as a part of MUG Meet, tomorrow at MAQSoftware. More details about the UserGroup meet can be found here

Lately when I was on Orkut, I was greeted by a message saying that all Orkut Logins would be treated as “Google Accounts” and all those who have Orkut login, can link their Google Account to the login on Orkut!!

I have heard people saying Microsoft is the only corporate who wants to monopolize every stuff on the internet. Now I’m afraid that even Google wants to do the same. I wouldn’t want to use my Google Account for a simple fact that their privacy policy says that they monitor the no. of clicks, Internet Protocol address, browser type, browser language, etc.

Well here are some of the screenshots of Vista PDC 2005 and Office 12. Interstingly – the SIDEBAR (one feature which I missed big time in Beta 1) is back. Office 12 is the upcomming version of Microsoft’s Office. MS has completely revamped the UI in Office. 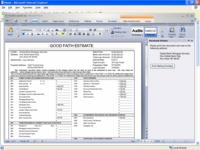 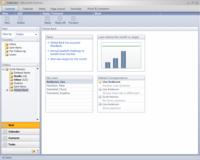 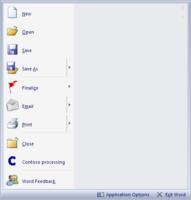 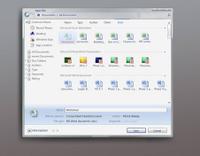 Ever since WinFS Beta was made available to MSDN subscribers, a new WinFS blog has been started by its Product Team.

As far as I know, this WinFS beta will also work on XP 😉 – so give it a try 🙂 [Provided you have access to MSDN]

It was 2nd of September, a late raining Friday evening when I went to Pune for a session on the next day. I catched up with Tejas Shah, the ADE (Academic Developer Evangelist), at his hotel room. We were to decide on the demo’s and the PPT for the next day.

After loads of talks and plans, we finally slept at around 1 am. Next day was a huge one. MS was kind enough to book Nehru auditorium for the PUGStudent meet. The agenda for the meet were three sessions 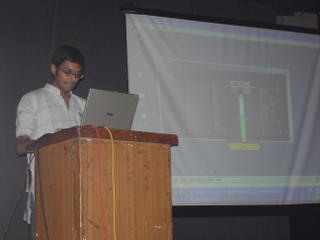 We started of at around 1330 hrs, 30 min behind the schedule. The attendance was decent enough with about 150-175 students across Pune. Tejas started off with all the Techie talks about Operating Systems and made a base for the demos which I was to take. He talked about Process Management, Memory Management, Threads, Objects and Handles, etc. I basically gave demos at intervals during Tejas’s sessions. My demos included, making a MultiThreaded app in C#.NET, Services for Unix[SFU] (this was real fun to do – made a C program in Windows, Compiled it using GCC in SFU and executed it on Windows using POSIX Subsystem). I also showed various tools from the MS Official Windows Internal curriculum including Process Monitors, Registry Monitors and AutoRun Monitors.

Over all, the first session was very cool one (not cause me and Tejas were doing it), cause students actually did not know that you can host a Unix Subsystem over a Windows one. Basically they were too interested to know more about SFU. 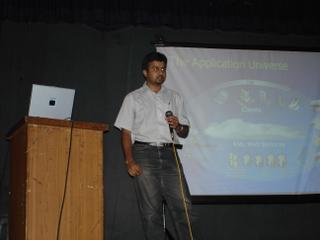 The next one was by Shrenik, one of the Developer from MAQSoftware, who has quite a bit of experience in developing Mobile App for the company. He spoke on the .NET Compact Framework, and demo’d how to go about building an app both for the SmartPhone form factor as well as for the Pocket PC. He also spoke about various applications available in the market for the PocketPC and the SmartPhone 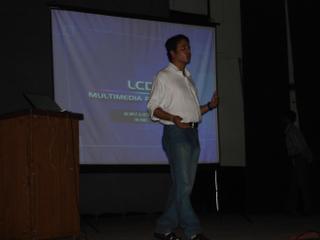 Lastly it was Sarang’s turn to speak (Thank god he was the last one – else he would have taken up our time as well). He started with a big “GOOD MORNING” to all the students. :). He spoke on creating a webservice using XML. This was demo’d by not using the IDE interface but using NOTEPAD. Once shown how a XML file looks like, he spoke about how VS.NET IDE helps to do it much faster and in a more efficient way then he would ideally do with a text editor. By the time Sarang was doing his demo, the audi’s warning bell rang and Sarang had to rush off with the demos. 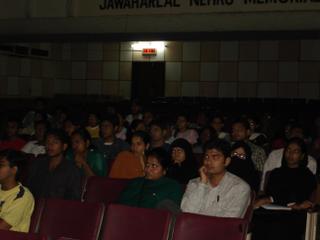 In all it was a nice sessions. Offline – we also spoke about the Student Project Program and about Student Champ Program. Infact we tried and identified couple of students who were interested and briefed them about it. We also distributed ARKs 3.0 along with couple of MSDN India Magazines. Tejas distributed (rather awarded) Extreme Edition CDs (VC++.NET, Platform SDK and a licensed Copy of Windows XP SP2) to some students who were enthu enough to answer some questions asked. MAQSoftware, also distributed CDs of various apps (MathEdge, EnglishEdge, TrafficEdge) which it had made for the mobile phone.

Guess there should be more of such session comming up in the next semester.

Microsoft recently released the final version on www.start.com. Start.com is like a mix between MyYahoo and the new Google Personalized Homepage. It enables users to subscribe to RSS feeds and it is closely integrated with search.

Start.com is based on the mixture of a few technologies blended into one. Where it sets itself apart is with content. The welcome for RSS (Really Simple Syndication) is cool and start.com does this nicely. With autodetecting RSS feeds when an URL is placed and being able to pull those internally to the page, this is something that is enjoyable. One thing that I personally love is are the favicons (on the top of the page), which is a nice touch.

Overall, it’s certainly a more impressive effort than Google’s, but there’s a long way to go before they can compete against ‘real’ Web-based RSS Aggregators like Bloglines. With no folder support – it would be diffcult for me to add all my friends RSS feeds. But again with the single background image for the search bar this is something that apeals to the eyes yet doesn’t change the entire layout of the page. On the fly processing, the other features are pulled to the page – there is no authentication, no referral, no import nothing.

All I can say is that all start.com stole my heart. Well guys, go ahead and add a webservice which I can consume 🙂 Or may be this is a different type of HomePage Aggregator.

Having read all the rumors over the next, now that MS says is official, here is a small post to know what can you expect out of the new Microsoft Mail (Or shall I call it MMail – sounds fimilar to something with G, right) 😉 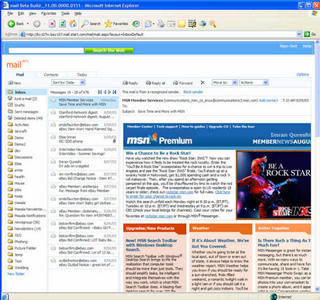 A hotmail account is required and is moved over to the new beta automatically. It includes 2GB of space, includes a rich text editor, protection from “phishing” scams and a new easier layout. Reading Pane Cruise through your e-mail with ease, as you go from mail to mail without loading a new page. The Reading Pane lets you preview the text and thumbnails of attached images in your Inbox. Just click the message to display the full content of the e-mail. The Info Bar tells you when the Mail Beta doesn’t recognize a sender, allowing you to block the sender with a single click, and bounce back an e-mail to help prevent a junk mailer from knowing you exist (Remember SenderID that I posted about few months back). The Mail Beta also protects you from criminals trying to obtain (“phish”) your personal information by hiding an e-mail’s content when it suspects the sender may be fraudulent.

Address AutoComplete – When you start typing the name of a contact in the address field, Address AutoComplete offers suggestions of matching names from your contact list. Keyboard shortcuts Mail Beta allows you navigate the way you prefer—via your keyboard, mouse, or a combination of the two. These keyboard shortcuts let you easily and quickly navigate through messages and folders. Mail Beta also enables multiple select via a combination of your keyboard’s arrows or mouse and the shift key. Many more keyboard shortcuts to come! Rich text editing Say what you want to say, the way you want to say it! Rich Text Editing lets you add color, shading, and emoticons, control font size, and define formatting. 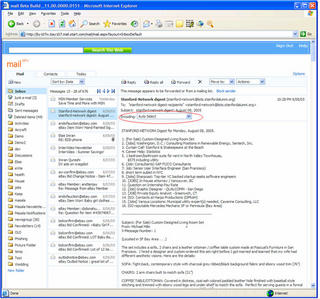 Best of all, Mail Beta preserves all HTML formatting in the e-mails you receive so you can forward emails and know others will see them the way you do. Storage that grows with you, starting you with 2GB (2 gigabytes) of storage so we can save more e-mail, more photos, more attachments, more of everything. Over time there are plans to develop a system that will grow as you need more space.

Save sent e-mail – No need to cc: yourself on every outgoing e-mail. All the e-mail you send will now be saved in a “sent e-mail” folder—automatically.

Yesterday I did a small 60 minutes session on Threats and Thread Modelling at MAQSoftware. I spoke on three points:

SQL injection included the ways in which a programmer makes common mistakes, by not hashing or encrypting a password, and how a hacker would take advantage of this and make SQL Injected attacks. These attacks are basically attacks which are done over a database.

XSS included how a ‘script’ tag is used to spoof the user to store his cookies over an attackers machines. Also tried and explained how would a Hacker hijack a session with the help of stored cookies.

Overall was a nice expericnce. And for the first time ever, I just did demos – no presentation at all.